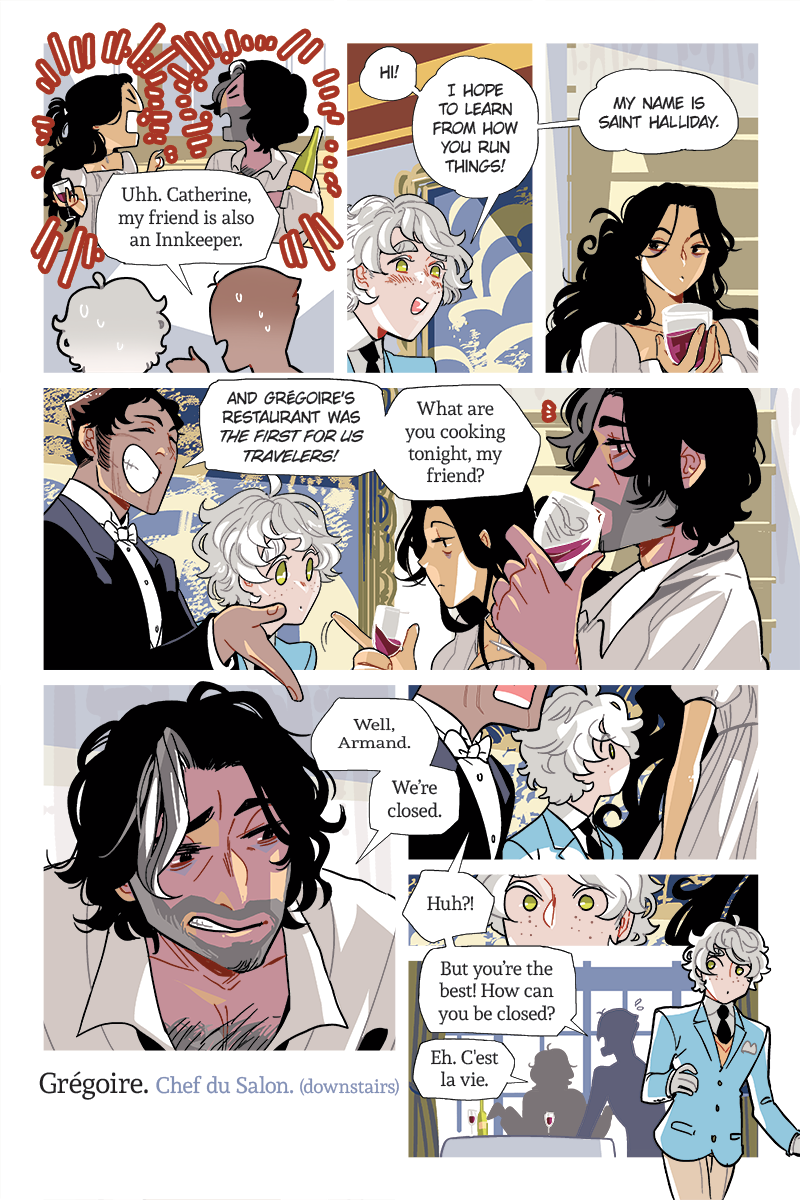 Ah yes, another restaurant. This one happens to be inside an inn, which... makes sense historically and even today!

A bit of a historical note: France is where the term "restaurant" was coined. The modern restaurant as we know it today started off as a place where they served bouillon, broth that was meant to "restore" your health and vigor. The first of its kind was opened by Mathurin Roze de Chantoiseau in the late 18th century--a few decades before where we are right now in the story--but interestingly, the more common legend is that the first was started by a soup salesman named Monsieur Boulanger. Hmm, hmm!