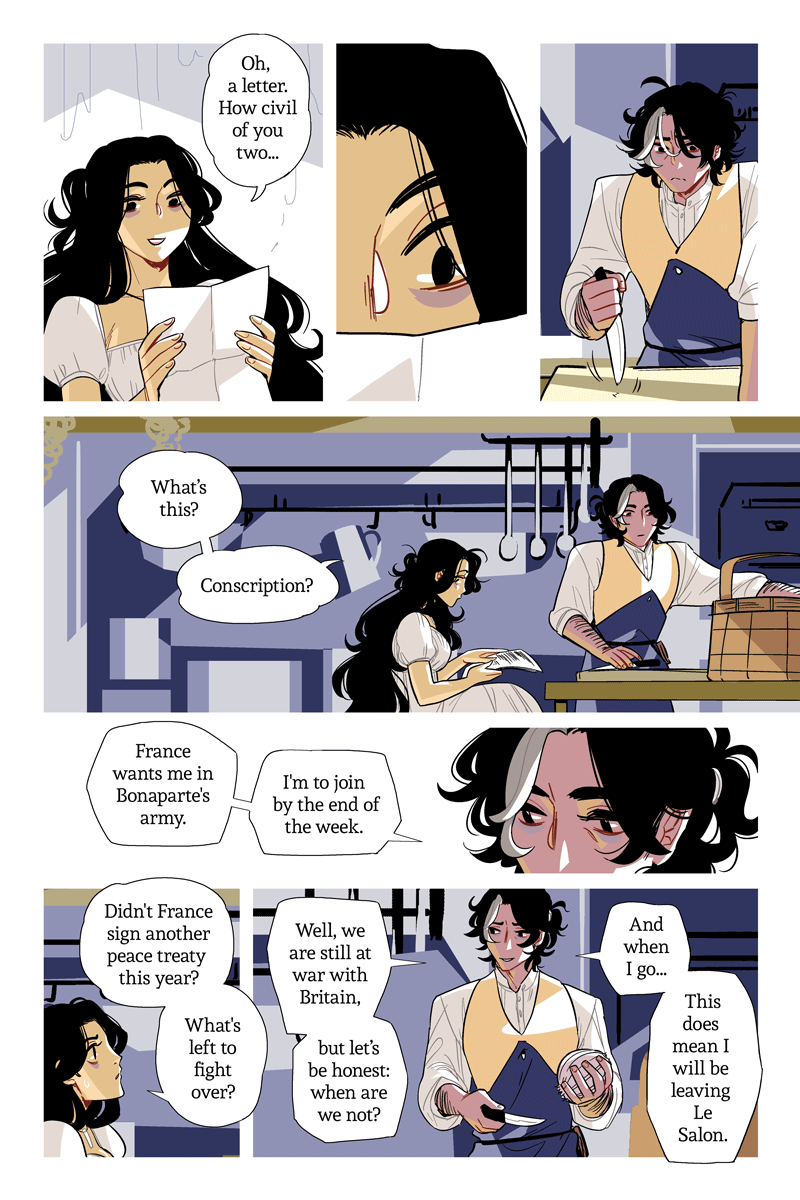 Quick refresher since last scene was in July, this is the letter that Jean gave Greg in the last scene.

France signed like four peace treaties in 1801, until the only country they were at war with was Great Britain. Those two made peace in 1802 with the Treaty of Amiens, but they went back to fighting in a year. C'est la vie.