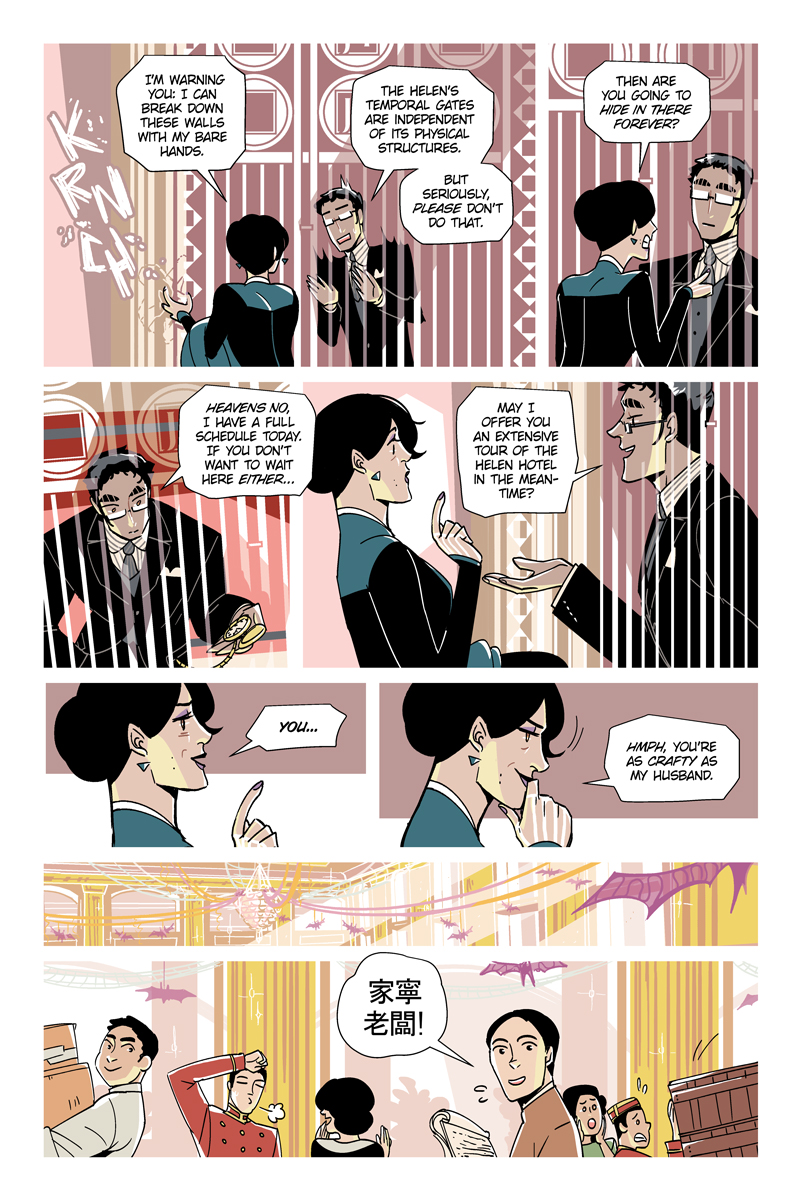 EDIT: Okay, I see there is confusion over the Chinese. xD In the way that you read the English, Spanish, and French in SfR, please read it left to right. Top row first, then the next row.

Don't worry, like the other languages, there won't be enough Chinese for this to be really a problem, I promise!

It's in traditional Chinese to indicate the time period. Mainland China didn't adopt the simplified system until the 1950s, under the People's Republic of China. Right now, it's 1931 in the story.

Finally, since people have been wondering, here are the Chinese names of Mei, Kanon, and Jingtian.

Readers familiar with Chinese have probably noticed how unusual Kanon's name is in context. And well, as usual, we'll get to it eventually! :'D